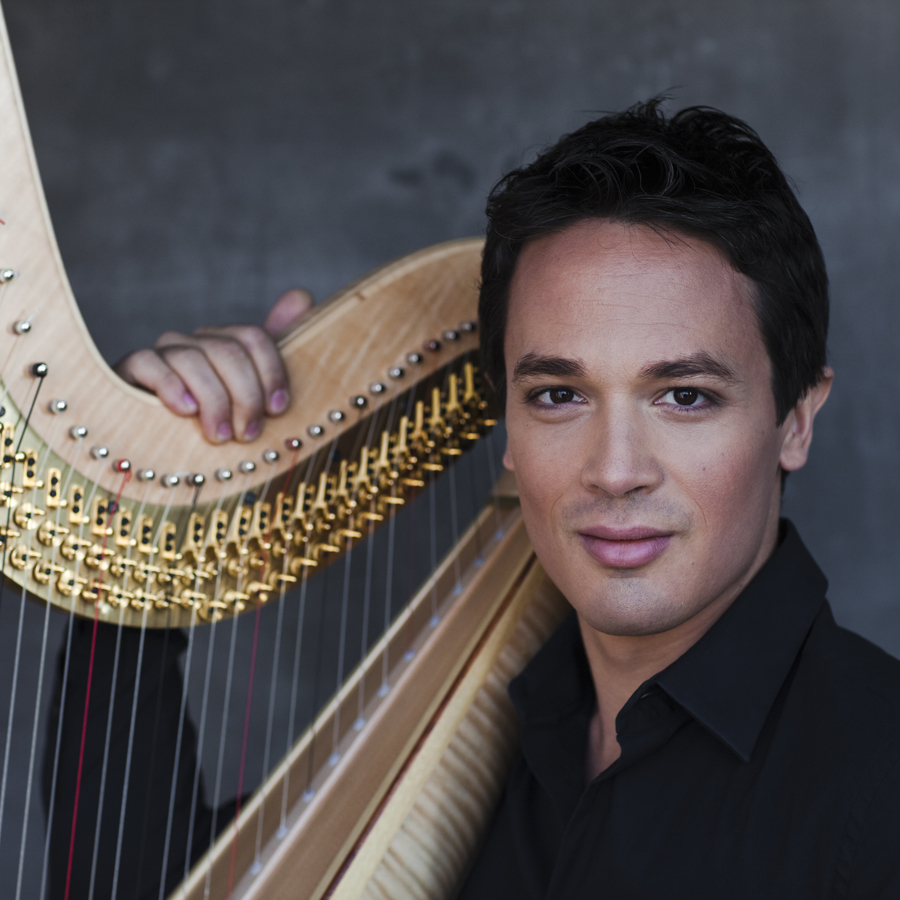 With his powerful, virtuoso playing, Emmanuel Ceysson, the 'enfant terrible' of the harp, sweeps away all the clichés associated with his instrument. His infectious enthusiasm and boundless energy reveals the harp in all its sparkling splendour, in a world where poetry vies with temperament.

Since 2005 he has been a presence in such leading venues on the international musical scene as the Wigmore Hall, the Salle Gaveau, Carnegie Hall, the Vienna Konzerthaus, and the Berlin Philharmonie, where his appearances in recital, concerto repertoire and chamber music regularly win high praise from the press. In 2006 he joined the Orchestra of the Opéra National de Paris as Principal Harp; ever since then, his solo passages have frequently been singled out for mention by the Paris opera critics.

His unfailing commitment to his instrument has earned him the highest international distinctions. In rapid succession, he won the Gold Medal and a special performance prize at the USA International Harp Competition (Bloomington) in 2004, First Prize and six special prizes at the New York Young Concert Artist Auditions in 2006, and First Prize at the prestigious ARD Competition in Munich in September 2009, thus becoming the first harpist to obtain awards at three major international events.

He was Visiting Professor at the Royal Academy of Music in London from 2005 to 2009 and has taught at the International Summer Academy in Nice since 2010; he also gives regular masterclasses in France and in the course of his foreign tours.

In 2010, Emmanuel Ceysson was nominated in the category 'Solo Instrumental Discovery' at the Victoires de la Musique Classique. In November 2011 he received a Prix d’Encouragement from the Académie des Beaux-Arts de l'Institut de France (Fondation Simone Del Duca) in recognition of his distinguished early career. A Naïve artist since January 2012, he is currently preparing a solo album based upon famous Opera themes.