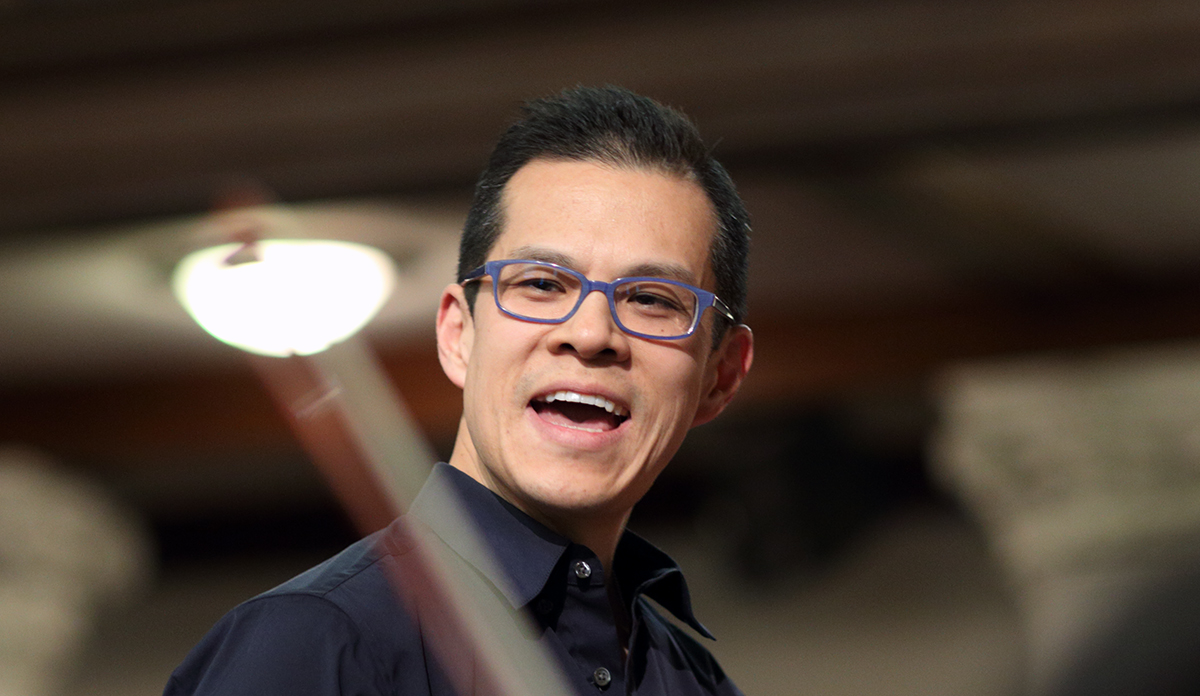 Camerata Notturna is delighted to announce that conductor David Chan, who led the orchestra in its season finale this May, will become the orchestra's next Music Director, beginning in 2018-19. Mr. Chan will lead three concerts in his inaugural season, and four or five additional concerts across the following two seasons.

Mr. Chan, best known as a violin soloist and as the Concertmaster of the Metropolitan Opera Orchestra, is increasingly in high demand as a conductor. Next season, in addition to his appearances with Camerata Notturna, he will make his Carnegie Hall conducting debut, and travel to Europe for performances with l'Orchestre Philharmonique Royal de Liège and l'Orchestre Dijon Bourgogne, among others. He also will lead several programs as Music Director of The Montclair Orchestra, a New Jersey-based ensemble noted for its innovative and diverse programming.

"It was amazing to see the passion and the joy that David inspired in our musicians after just a few short weeks of working with us, so it is absolutely thrilling to contemplate what we can do together over the next three years," said Steve Cho, Executive Director of Camerata Notturna, "David brings to us not only a brilliant musical intellect, but also a dynamic presence on the podium, a wealth of practical knowledge gained from decades of experience as a leading orchestral player, and a warm and humble demeanor that makes playing for him a true pleasure."

A native of San Diego, Mr. Chan began his musical education at the age of four. He first came to international attention by winning prizes at the Tchaikovsky and Indianapolis violin competitions. He made his New York debut in 1995 at Avery Fisher Hall, and his Carnegie Hall debut in 2003.  As co-founder and Artistic Director of the Musique et Vin au Clos Vougeot festival in the Burgundy region of France, he has overseen the festival's growth from a small, intimate gathering to a two-week extravaganza that presents numerous icons of classical music, including Yo-Yo Ma, Joyce DiDonato, Jean-Yves Thibaudet, Emmanuel Pahud, Menahem Pressler, and Cho-Liang Lin.

Now looking forward to its thirteenth season, Camerata Notturna is a chamber orchestra comprised of a dynamic and eclectic mix of accomplished amateur players and young professional musicians. The group's "amateur" musicians have won prizes in numerous national and international competitions, made solo appearances with the New York Philharmonic and the Philadelphia Orchestra, and include former members of the Hong Kong Philharmonic, the St. Louis Symphony, and the BBC Scottish Symphony Orchestra now pursuing non-musical careers, and numerous graduates of Juilliard, Eastman, and the Manhattan School of Music. In its brief history, Camerata Notturna has collaborated with soloists such as Kim Kashkashian, Cho-Liang Lin, Gilbert Kalish, Susanna Phillips, David Finckel, Colin Carr, Jamie Barton, and Anthony McGill, and with composers including Elliott Carter, Augusta Read Thomas, Huang Ruo, and Jesse Jones on world or regional premieres of their works. Camerata Notturna has also presented regional premieres of neglected works by non-contemporary composers, such as Benjamin Britten, Alberto Ginastera, and Mikhail Glinka.