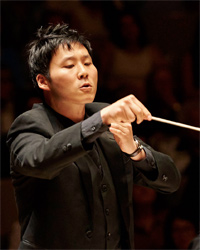 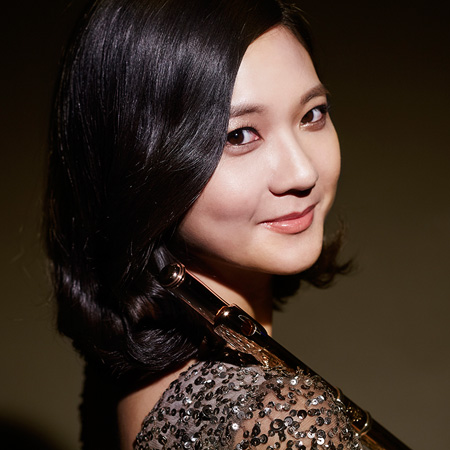 Flutist Yoobin Son, second flute of the New York Philharmonic since 2012, has also served as the principal flute of the Mostly Mozart Festival Orchestra and principal flute of the New Haven Symphony Orchestra. Ms. Son has performed as a soloist with ensembles including the New Haven, New Jersey, Florida, William Paterson University, and Korean symphony orchestras, and the Prime and Seoul Philharmonic orchestras. She has appeared in recital throughout the United States, among them the Dame Myra Hess Memorial Concerts in Chicago, as well as on the Young Artist Series of the Kumho Asiana Cultural Foundation in Seoul, South Korea. A dedicated chamber musician, Ms. Son has participated at festivals including the Marlboro Music Festival and Music from Angel Fire. She is an alumna of Carnegie Hall’s The Academy, where she was an active performer in the acclaimed Ensemble ACJW and a teaching artist at P.S. 207K in Brooklyn.

She has received honors including the Grand Prize at the Florida Orchestra Young Artist Competition, First Prize at the National Flute Association Soloist Competition, and Second Prize at the Koussevitzky International Winds Competition. Yoobin Son received her bachelor of music degree from The Curtis Institute of Music, master’s degree from Yale University, and professional studies and artist diploma from the Manhattan School of Music. Her principal teachers have included Robert Langevin, Ransom Wilson, Jeffrey Khaner, and Bradley Garner. 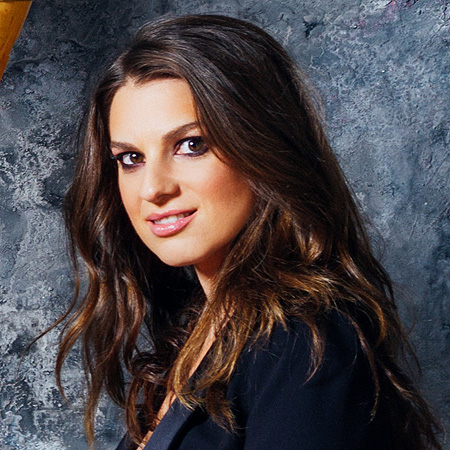 In demand as a soloist and chamber musician alongside today’s top artists, harpist Bridget Kibbey is a recipient of the prestigious Avery Fisher Career Grant, the Classical Recording Foundation's Young Artist Award, a Salon de Virtuosi Grant, the only harpist to win a position with the Chamber Music Society of Lincoln Center’s Chamber Music Society II, a winner of Concert Artist Guild's International Competition, Astral Artist Auditions, and Premiere Prix at the Journées de les Harpes Competition in Arles, France.

She has toured and recorded with Dawn Upshaw and Placido Domingo for SONY Records and Deutsche Grammaphon; and, her own solo debut album, Love is Come Again, was named one of the Top Ten Releases by Time Out New York. Bridget is featured annually with the Chamber Music Society of Lincoln Center, the Knights Chamber Orchestra, and Camerata Pacifica. She has appeared as featured soloist and chamber artist at the Bravo!Vail, Santa Fe, Spoleto, Chamber Music Northwest, Bridgehampton, Aspen, Bay Chamber, Pelotas, Savannah Music Festival, Music@Menlo Festivals, among others. With a passion for expanding the scope and platform of the harp, Bridget spearheads and tours cross-genre collaborations that reignite an ancient instrument. Bridget recently spearheaded a five orchestra concerto-commissioning consortium with Juno-Award winning composer Vivian Fung, in which she performed five world-premiere performances with The Karlsruhe Badische Symphoniker (Germany), The Phillips Camerata in Washington, DC, The Alabama Symphony, The San José Chamber Orchestra, and the Metropolis Ensemble. This season Bridget announces a new concerto consortium, with participating orchestras launching performance in 2019/2020, featuring a new harp concerto by Brazilian-born João Luiz Rezende. Bridget maintains harp studios at Bard Conservatory, The Juilliard School Pre-College Program, and The Curtis Young Artist Institute. 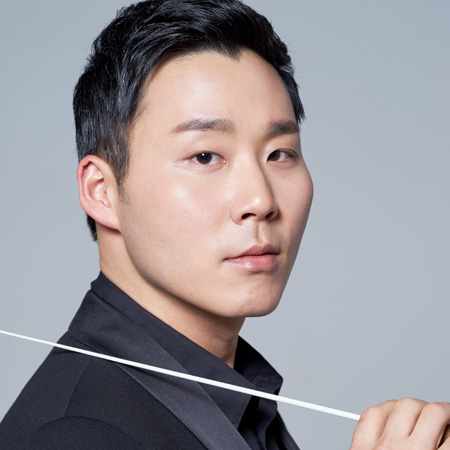 A dynamic and energetic figure on stage, Canadian musician Earl Lee pursues a diverse career both as a conductor and a cellist. Lee is currently the RBC Resident Conductor of the Toronto Symphony Orchestra (TSO), and the Artistic Director & Conductor of the Toronto Symphony Youth Orchestra. Lee frequently appears on the podium at Roy Thomson Hall leading the TSO, as well as makes guest conducting appearances throughout the world. Recent highlights include his South Korean début leading the Gangnam Symphony Orchestra at the Seoul Arts Center and leading the inaugural season of the Yeosu International Music Festival and Ensemble in South Korea as their Music Director & Conductor.

As a cellist, Lee toured with the acclaimed Chick Corea-Gary Burton Duo as a guest member of the Harlem String Quartet in 2012. He has also toured all over the USA as part of such ensembles as Musicians from Marlboro, and has performed at the Marlboro Music Festival, Music from Angel Fire, Caramoor Rising Stars, and Ravinia’s Steans Institute. He is currently a member of the East Coast Chamber Orchestra (ECCO), a conductor-less chamber ensemble.

A graduate of the Curtis Institute of Music and The Juilliard School with degrees in cello, Earl began his conducting studies in 2010 with Ignat Solzhenitsyn. After receiving a master’s degree in conducting from the Manhattan School of Music in 2013, Lee continued his post-graduate conducting studies at the New England Conservatory with Hugh Wolff.