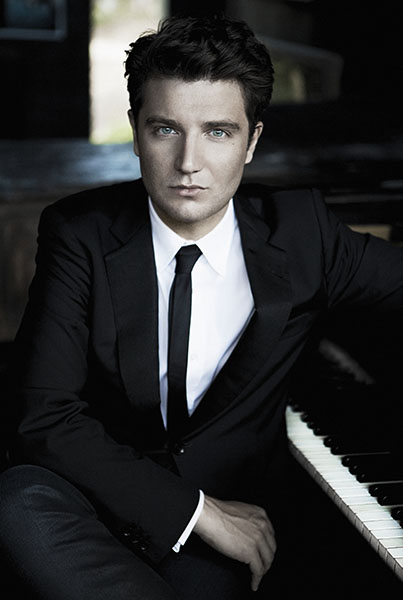 Combining exceptional lyricism and insight with consummate technique, Alessio Bax is without a doubt "among the most remarkable young pianists now before the public" (Gramophone). He catapulted to prominence with First Prize wins at both the Leeds and Hamamatsu International Piano Competitions, and is now a familiar face on four continents, not only as a recitalist and chamber musician, but as a concerto soloist who has appeared with more than 100 orchestras, including the London and Royal Philharmonic Orchestras, Dallas and Cincinnati Symphonies, NHK Symphony in Japan, St. Petersburg Philharmonic with Yuri Temirkanov, and the City of Birmingham Symphony with Sir Simon Rattle.

This season, for his first appearances with three major orchestras, Bax revisits the two concertos heard on Alessio Bax Plays Mozart. He makes his Boston Symphony Orchestra debut playing Mozart’s C-minor concerto (K.491) with Sir Andrew Davis. Then, on a spring tour of Australia and New Zealand, he not only reunites with the eminent conductor to reprise the same work for his Melbourne Symphony debut, but leads Mozart’s B-flat major concerto (K.595) from the keyboard in his first performances with the Sydney Symphony. Bax completes the tour with a series of solo recitals and accounts of the Grieg concerto with Tadaaki Otaka that mark his Auckland Philharmonia debut. His international lineup also includes concerts in Israel and a Japanese tour featuring dates with the Tokyo Symphony, solo recitals, and chamber music at Le Pont International Festival in Ako and Himeji. Back in the U.S., he undertakes multiple concerto collaborations, including Brahms’s Second with the Fort Worth Symphony under Miguel Harth-Bedoya and Barber with the Kansas Symphony and Edo de Waart, besides rejoining the Chamber Music Society of Lincoln Center for a Hungarian-themed program and season-closing concert. He rounds out the season with a full summer of festivals, highlighted by his debut at France’s International Chamber Music Festival of Salon-de-Provence, and returns to the Great Lakes Music Festival, Saratoga Chamber Music Festival, and Tuscany’s Incontri in Terra di Siena festival, where he serves as Artistic Director.

Last season saw Signum Classics release the pianist’s recording of Beethoven’s "Emperor" concerto with the Southbank Sinfonia. Bax also undertook duo recital tours with Joshua Bell and Emmanuel Pahud; gave solo recitals at London’s Wigmore Hall and the Leeds Piano Festival; returned to Hong Kong; and performed concertos by Gershwin, Rachmaninov, Grieg, and Schumann with orchestras including the Minnesota Orchestra, North Carolina Philharmonic, and Armenian Philharmonic. In 2016-17, he stepped in to play Brahms’s Second with the Cincinnati Symphony under Sir Andrew Davis, in what proved "the most exciting debut in recent memory" (Cincinnati Enquirer), and made three appearances at the Wigmore Hall, including his solo recital debut, which aired live on BBC Radio 3.

Other highlights of recent seasons include Rachmaninov with London’s Southbank Sinfonia and Vladimir Ashkenazy; his Minnesota Orchestra debut under Andrew Litton; a return to the Dallas Symphony for Barber under Jaap van Zweden, named one of the top ten concerts of 2013 by the Dallas Morning News; season-opening appearances with the Colorado Symphony; and concerts at L.A.’s Disney Hall, Washington’s Kennedy Center, and New York’s Carnegie Hall. In 2009, the pianist was awarded an Avery Fisher Career Grant, and four years later he received both the Andrew Wolf Chamber Music Award and Lincoln Center’s Martin E. Segal Award, which recognizes young artists of exceptional accomplishment.

Alessio Bax graduated with top honors at the record age of 14 from the conservatory of Bari, his hometown in Italy, where his teacher was Angela Montemurro. He studied in France with Francois-Joël Thiollier and attended the Chigiana Academy in Siena under Joaquín Achúcarro. In 1994 he moved to Dallas to continue his studies with Achúcarro at SMU’s Meadows School of the Arts, where, with Lucille Chung, he is now the Johnson-Prothro Artist-in-Residence. He also serves with Chung as co-artistic director of the Joaquín Achúcarro Foundation, created to support young pianists’ careers. A Steinway artist, Bax lives in New York City with Chung and their four-year-old daughter, Mila. Beyond the concert hall he is known for his longtime obsession with fine food; as a 2013 New York Times profile noted, he is not only notorious for hosting "epic" multi-course dinner parties, but often spends his intermissions dreaming of meals to come. 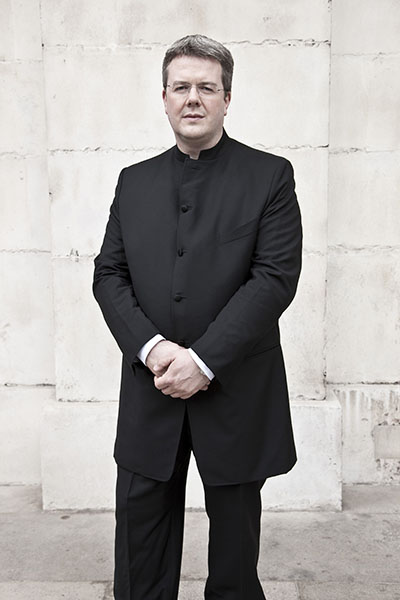 Acclaimed for his inspirational performances and eloquent musicianship, Paul Watkins enjoys a distinguished career as concerto soloist, chamber musician and conductor. During his solo career he has collaborated with world renowned conductors including Bernard Haitink, Paavo Berglund, Leonard Slatkin, Sakari Oramo, Gianandrea Noseda, Sir Mark Elder, Richard Hickox, Andris Nelsons, Sir Andrew Davis, and Sir Charles Mackerras. He performs regularly with all the major British orchestras and has made eight concerto appearances at the BBC Proms, most recently with the BBC National Orchestra of Wales in the world premiere of the cello concerto composed for him by his brother, Huw Watkins.

Highlights of recent seasons include concerto appearances with the Hong Kong Philharmonic, Bournemouth Symphony, and the BBC Symphony under Semyon Bychkov, concerts in the Netherlands, Belgium and Japan with the Royal Flemish Philharmonic, a tour with the European Union Youth Orchestra under the baton of Bernard Haitink, featuring performances at the prestigious Grafenegg Festival and Amsterdam’s Concertgebouw, and his US concerto debut with the Colorado Symphony.

Watkins returns to the BBC Symphony Orchestra in Spring 2018 to perform Finzi’s rarely-heard cello concerto at London’s Barbican Centre, which will also be recorded for a forthcoming Chandos CD release. He will also be performing in a series of recitals across the UK with his brother Huw, showcasing works composed by British and continental composers during the First World War.

A dedicated chamber musician, Watkins was a member of the Nash Ensemble from 1997 until 2013, when he joined the Emerson String Quartet. With the Quartet he has travelled extensively, performing at major international festivals including Tanglewood, Aspen, Ravinia, Edinburgh, Berlin and Evian and has collaborated with distinguished artists such as Emanuel Ax, Yefim Bronfman, Renee Fleming and Barbara Hannigan. He is a regular guest artist at the Chamber Music Society of Lincoln Center in New York and Music@Menlo, and in 2014 he was appointed Artistic Director of the Great Lakes Chamber Music Festival in Detroit.

He also maintains a busy career as a conductor and in the 2009/10 season became the first ever Music Director of the English Chamber Orchestra. He also served as Principal Guest Conductor of the Ulster Orchestra from 2009 to 2012. Since winning the 2002 Leeds Conducting Competition he has conducted all the major British orchestras and further afield he has conducted the Royal Flemish Philharmonic, Vienna Chamber Orchestra, Prague Symphony, Ensemble Orchestral de Paris, Tampere Philharmonic, Netherlands Radio Chamber Philharmonic and the Melbourne Symphony, Queensland and Tokyo Metropolitan Symphony Orchestras. In 2006 he made his opera debut conducting a critically praised new production of Poulenc’s La Voix Humaine for Opera North. Recent highlights include his debuts with the Swedish Chamber Orchestra and Royal Northern Sinfonia, a tour of Norway with the English Chamber Orchestra, and his US conducting debut at the Lake Tahoe Summer Festival. Since then he has conducted across the US, with the Detroit and Omaha Symphonies, and CityMusic Cleveland Chamber Orchestra. In the 17/18 season he makes his debuts conducting the Vermont, New Haven and Stamford Symphony Orchestras.

Paul Watkins is an exclusive recording artist with Chandos Records and his recent releases include Britten’s Cello Symphony, the Delius, Elgar, Lutoslawski and Walton cello concertos, and discs of British and American music for cello and piano with Huw Watkins. His past recordings include the Britten solo cello suites and a recital programme of twentieth century British repertoire for Nimbus, Takemitsu’s Orion and Pleiades for BIS Records and the concertos of Richard Rodney Bennett, Tobias Picker and Cyril Scott for Chandos. His first recording as a conductor, of the Berg and Britten violin concertos with Daniel Hope, received a Grammy® nomination.

Watkins plays on a cello made by Domenico Montagnana and Matteo Goffriller in Venice, c.1730.