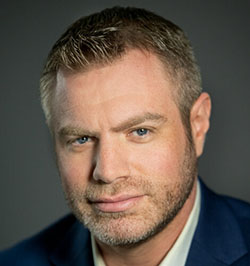 An artist of impeccable musical credentials, Joshua Gersen is widely respected as an engaging and inspiring conductor, able to communicate effortlessly with both young and established orchestras internationally. A native of the New York area, he made his debut as a conductor at the early age of 11 and has established himself as a dynamic presence on the podium ever since.

Joshua recently concluded his tenure as the Assistant Conductor of the New York Philharmonic, where he most notably made his subscription debut at just a few hours’ notice, filling in for an indisposed Semyon Bychkov. “Impassioned and incisive,” wrote The New York Times, “the performance earned a standing ovation and prolonged applause from his colleagues in the orchestra.” He then conducted his own subscription concert the following season, which included the orchestra’s only performance of Bernstein’s Symphonic Dances from West Side Story during the Bernstein Centennial year.

As an educator, Joshua has frequently worked with students and ensembles at the Juilliard School, the Manhattan School of Music, Boston University, and the Curtis Institute of Music. He was the Interim Director of Orchestras at Boston University for the 2019-20 academic year. During his time with the New York Philharmonic, he also conducted many of the orchestra’s celebrated Young People’s Concerts and worked extensively with both the Very Young Composers Program and the Harmony Program, which provides music education for students in underserved communities across New York City. Previously, Joshua was Music Director of the New York Youth Symphony, where he conducted numerous concerts to critical acclaim, and successfully led the orchestra on their first international tour in over 50 seasons.

A respected composer as well as conductor, Joshua studied composition with Michael Gandolfi at the New England Conservatory of Music before studying conducting with the esteemed Otto-Werner Mueller at the Curtis Institute of Music. His work as a composer has also led to an interest in conducting contemporary music. He conducted several world premieres of new works by young composers with the New York Youth Symphony through their First Music Program, and also collaborated with many prominent contemporary composers including John Adams, Steve Reich, Esa-Pekka Salonen, Jennifer Higdon, Mason Bates and Michael Gandolfi. As Principal Conductor of the Ojai Music Festival in 2013, Joshua led numerous performances by celebrated American composers such as Lou Harrison and John Luther Adams.

In addition to his love of contemporary music, he remains passionate about the core classical repertoire, in particular the German and Russian masters, as well as the classic American composers, including Copland, Gershwin, Barber and Bernstein.

Joshua has enjoyed a very successful relationship with the New World Symphony, where he served as the John S. and James L. Knight Foundation Conducting Fellow, acting as assistant conductor to the symphony's Artistic Director Michael Tilson Thomas. He made his conducting debut with the San Francisco Symphony in the fall of 2013 and has since been invited back numerous times to conduct a variety of concerts. 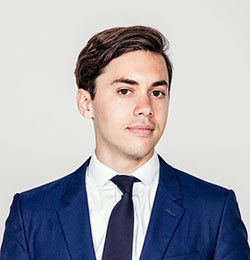 Born in 1989, American violinist Benjamin Beilman is winning plaudits across the globe for his compelling and impassioned performances, his deep rich tone and searing lyricism. The Scotsman has described him as “a remarkable talent, delivering playing of rare insight and generosity, as captivating as it is gloriously entertaining” and the New York Times has praised his “handsome technique, burnished sound, and quiet confidence [which] showed why he has come so far so fast”.

During the Beethoven celebrations in 2020, Beilman will perform the Beethoven Concerto with the Budapest Festival Orchestra conducted by Janowski, the Wroclaw Philharmonic and their Music Director Guerrero on tour across Poland, the Orchestra Metropolitain (Montreal) with Han-Na Chang and with the Orchestre National du Capitole de Toulouse in Sokhiev’s closing concert as Musical Director. Other highlights in 19/20 include debuts with the Danish National Symphony, Gürzenich (Cologne), Tonkünstler (Vienna), Antwerp Symphony orchestras, in the US with the Utah Symphony and Minnesota orchestras, and his return to the London Chamber Orchestra to play/direct.

In past seasons, Beilman has performed with many major orchestras worldwide including the Rotterdam Philharmonic, London Philharmonic, Frankfurt Radio Symphony, Zurich Tonhalle, Sydney Symphony, San Francisco Symphony, Houston Symphony and Philadelphia Orchestra both at home and at Carnegie Hall. In recital and chamber music, Beilman performs regularly at the major halls across the world, including Carnegie Hall, Lincoln Center, Wigmore Hall, Louvre (Paris), Philharmonie (Berlin), Concertgebouw (Amsterdam), Bunka Kaikan (Tokyo) and at festivals he has performed at eg Verbier, Aix-en-Provence Easter, Prague Dvorak, Robeco Summer Concerts (Amsterdam), Music@Menlo, Marlboro and Seattle Chamber Music amongst others. In early 2018 he premiered a new work dedicated to the political activist Angela Davis written by Frederic Rzewski and commissioned by Music Accord which he has performed extensively across the US.

Beilman studied with Almita and Roland Vamos at the Music Institute of Chicago, Ida Kavafian and Pamela Frank at the Curtis Institute of Music, and Christian Tetzlaff at the Kronberg Academy, and has received many prestigious accolades including a Borletti-Buitoni Trust Fellowship, an Avery Fisher Career Grant and a London Music Masters Award. He has an exclusive recording contract with Warner Classics and released his first disc ‘Spectrum’ for the label in 2016, featuring works by Stravinsky, Janáček and Schubert. Beilman plays the “Engleman” Stradivarius from 1709 generously on loan from the Nippon Music Foundation. 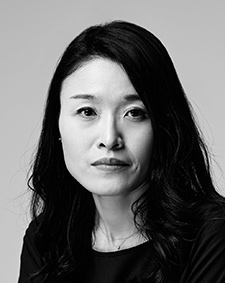 Ke-Chia Chen's compositions have been performed by leading orchestras, chamber ensembles, and soloists throughout the world. She has fused her inspirations from Western and Asian classical traditions into a unique personal voice that speaks directly to listeners of either heritage.

Chen's Broken Crystal, a winner of the Indianapolis Symphony Orchestra's prestigious Marilyn K. Glick Young Composer Award, was hailed by the Indianapolis Star as a work "orchestrated with lavish self-confidence and resourcefulness" which "made a coherent whole out of its pattern of abrupt contrasts, crowned by a broad, stunningly accented 'maestoso' episode." The work was selected in 2015 as a finalist in the Detroit Symphony Orchestra's Elaine Lebenbon Memorial Award competition. Chen’s The Silent Flame was awarded first prize in the 2016 International Horn Society Composition Contest.

Ke-Chia Chen is on the Musical Studies faculty at the Curtis Institute of Music. She holds degrees from Curtis and Manhattan School of Music, and a Ph.D. from the University of Pennsylvania.