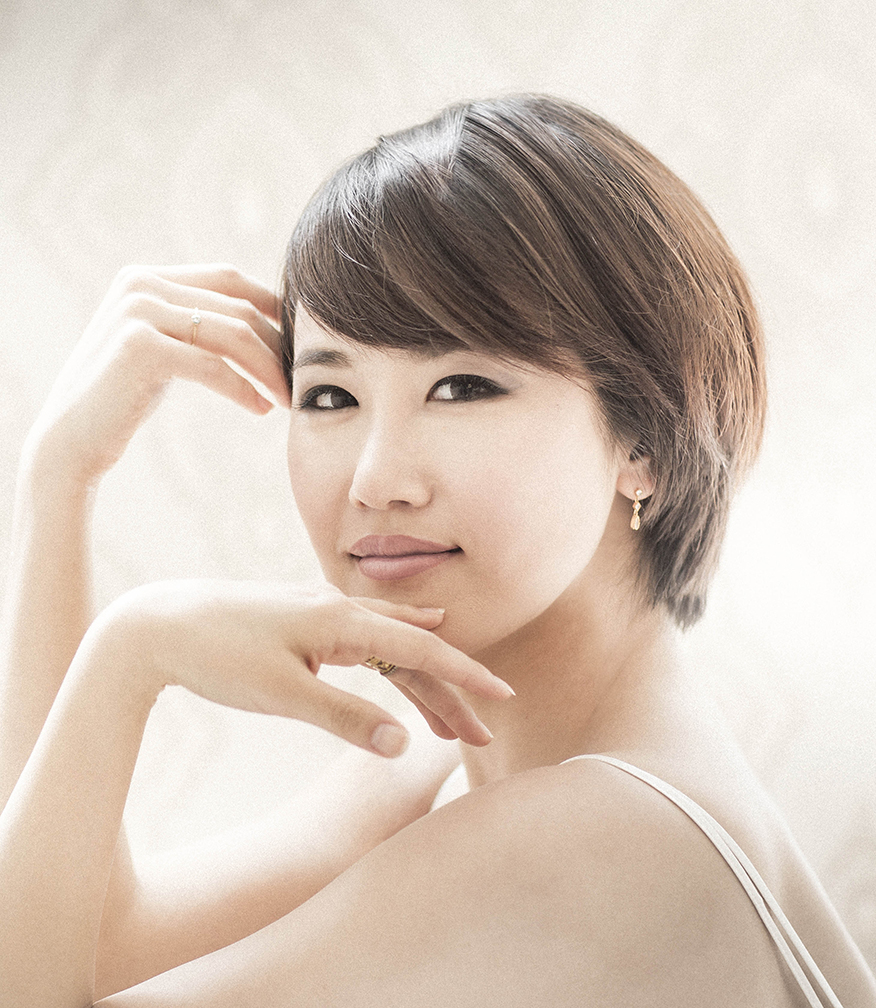 Hailed by The New York Times for her "bright, clear voice and impressive coloratura technique," and by Le Devoir for a voice that is “sumptuous, of incredible magnitude,” South Korean soprano Hyesang Park is attracting the attention of opera houses and concert presenters worldwide.

In the 2018-2019 season, Hyesang Park returns to the Glyndebourne Festival as Rosina in Rossini's Barbiere di Siviglia, and she makes her role and house debut as Musetta in Barrie Kosky's new production of La bohème at the Komische Oper, Berlin, as well as her debut with the Macau International Festival as Giannetta in L'elisir d'amore. In concert, she will make her Münchner Rundfunkorchester debut as Almira in Rossini's Sigismondo and her Gyeonggi Philharmonic debut in a Mozart arias program led by Massimo Zanetti. Her recital appearances include debuts at both Vocal Arts DC and Alice Tully Hall, as well as a multi-city South Korea tour.

Ms. Park began the 2017-2018 season in both her Bayerische Staatsoper and role debuts as Despina in Mozart's Così fan tutte. As part of her final year in The Metropolitan Opera's Lindemann Young Artist Development Program, she sang Barbarina in Le nozze di Figaro and The Dew Fairy in Humperdinck's Hansel and Gretel. She also sang the soprano solo in Brahms's Ein deutsches Requiem with St. Thomas Church Concert Series under the leadership of Music Director Daniel Hyde and gave a recital with Ken Noda with the Friends of Chamber Music of Miami. Future engagements include returns to The Metropolitan Opera, the Bayerische Staatsoper, and the Glyndebourne Festival.

Other recent opera engagements include Ms. Park's Met Opera debut as the First Wood Nymph in Dvořák's Rusalka, her Glyndebourne Festival debut as Najade in Strauss's Ariadne auf Naxos, and Juliette in Gounod's Roméo et Juliette with the Korea National Opera in Seoul. She has also appeared in concerts with both the New York Philharmonic and the Los Angeles Opera, and gave recital debuts on Canada's ProMusica Dominica Series and Carnegie Hall's Neighborhood Concert Series. While at Juilliard, Ms. Park also sang Amina in La Sonnambula and Fiorilla in Il Turco in Italia, for which Opera News magazine remarked, “Her solid, refined fioritura delivery was matched by glamour, temperament and, above all, an ability to put bel canto splendor to expressive use.”

Ms. Park's honors and awards include first prize in the April 2016 Gerda Lissner Foundation International Competition, second prize and the Audience Choice Award at the 2015 Montreal International Musical Competition, and winning second place overall in the women's division in Placido Domingo's 2015 International Operalia competition, as well as taking First Prize in the women's Zarzuela. Earlier awards include Fifth Place in the 2014 Queen Elizabeth International Music Competition, First Place at both the 2010 Korea National Opera and Sejong Center for the Performing Arts competitions, and Korea's Minister for Culture Prize. She also served as “Young Artist in Residence” at the 2016 Music & Vin Festival in Beaune, France.

In May 2017, Ms. Park graduated from The Juilliard School in New York City with an Artist Diploma in Opera Studies, a rigorous, prestigious two-year advanced training program. The recipient of a Toulmin Foundation Scholarship, in June 2015 Miss Park earned her Master's Degree from Juilliard. She studied with Edith Bers and participated in masterclasses with Sir Richard Bonynge, Marilyn Horne, Renée Fleming, Renata Scotto, Mariella Devia, and Luciana Serra. She also studied at the Georg Solti Accademia in Italy, and Switzerland's Verbier Festival. Among the distinguished conductors she has worked with are Plácido Domingo, Sigiswald Kuijken and Roland Böer.

Before moving to the United States, Hyesang Park made her professional opera debut as Violetta in La traviata with the Korea National Opera, and also sang the role of Adina in Donizetti's L'elisir d'amore with the company. Miss Park earned her Bachelors of Music Degree in Vocal Performance at Seoul National University. She currently resides in New York City.