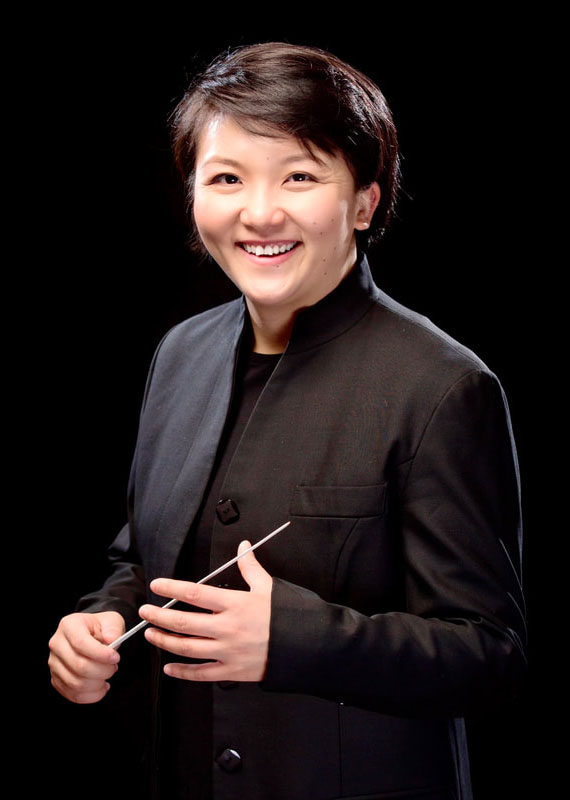 "Masterfully presented the Mendelssohn's Fifth Symphony," described the Leipzig Times. A prizewinner of the prestigious International Malko Conducting Competition, Tong Chen, current assistant conductor of the New Jersey Symphony Orchestra, has quickly established herself as one of her generation's most promising and exciting young conductors.

Highlights of the 2021-22 season include subscription week with the New Jersey Symphony orchestra, debut with St. Louis Symphony Orchestra, Lexington Philharmonic, and engagement with National Symphony Orchestra. In addition, Chen is a proud participant of the 2020 Bruno Walter National Conductor Preview, postponed to March 2022.

The founder of the new music project, "NOW!", Tong has commissioned and performed new compositions throughout different cultural backgrounds and genres. Recently world premieres include Allen Shawn's Concerto for Clarinet and Cello, one of the last pieces commissioned by Benny Goodman; Ellis Marsalis' "The Fourth Autumn," arranged by Hannah Yim; "Thu Diếu" by Viet Cuong and many works by Jessie Montgomery. This season, Tong teamed with composer Huang Ruo and Manner Opera to work on a new production of Huang's Dr. Sun-Yat Sen.

An education advocate, Chen taught orchestral conducting and led the Copland School of Music orchestral program from 2012-2018. Summer 2019 marked her second year as the director of the Queens College Conductor's workshop, founded by Maurice Peress in 2010. Additionally, she is a regular guest conductor at the Manhattan School of Music, Montclair State University, the Mannes Pre-College Orchestra, numerous All-State Youth Orchestras in New York State, and a guest lecturer at Shanghai Conservatory of Music.

Tong Chen's primary studies were with Gustav Meier at the Peabody Conservatory, where she received her Master's Degree in conducting; with Maurice Peress at the Copland School of Music at Queens College in New York City; and at the Shanghai Conservatory. In addition, she attended the Aspen Music Festival, where she worked with David Zinman, and the Cabrillo Festival, where she studied with Marin Alsop. Ms. Chen was also a protégé of the former Music Director of the New York Philharmonic, Kurt Masur, and was awarded the Mendelssohn Scholarship in 2012, which allowed her to study the music of Mendelssohn and serve as the assistant conductor for Maestro Masur at the Gewandhaus in Leipzig.

Currently, Tong Chen lives in Jersey City with her family and their dog, Kimi.