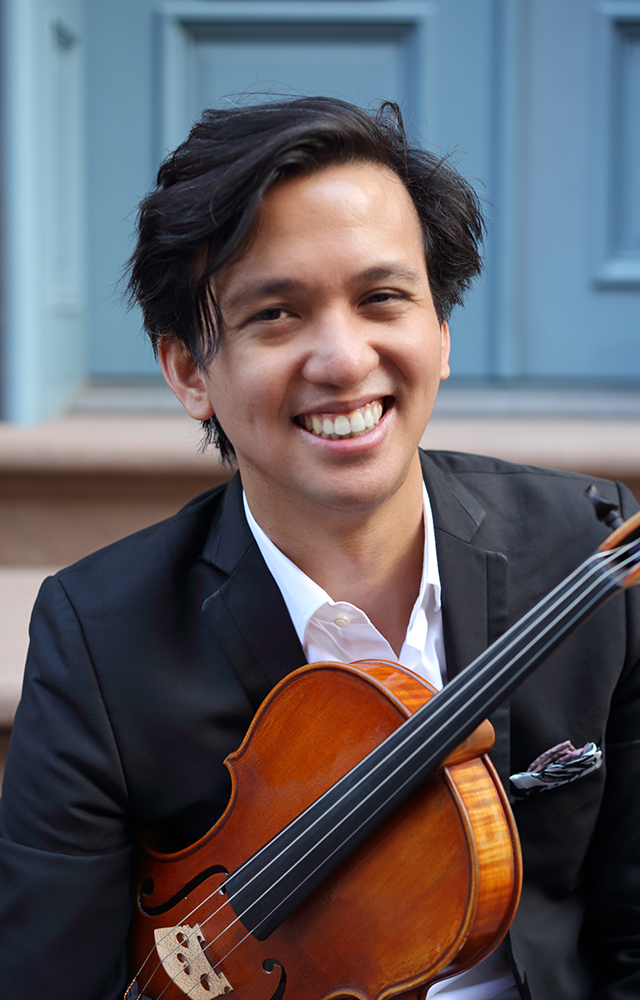 A native of the Philippines, Hans started violin at age five and viola at age twelve with teachers David Einfeldt and Elaine Mishkind. Through the Children's Orchestra Society of New York, Hans studied viola with Sheila Reinhold and chamber music with Yeou-Cheng Ma, with solo appearances at Lincoln Center's Alice Tully Hall and the Cultural Center of the Philippines and chamber music performances at the United Nations and for Philippine president Fidel Ramos at the Smithsonian. Hans earned his bachelor's degree in physics from Harvard, where he was principal violist of the Harvard-Radcliffe Orchestra, played with the Brattle Street Chamber Players and Yo-Yo Ma’s Silk Road Ensemble, and studied chamber music with Robert Levin, Robert Merfeld, and Yehudi Wyner.

After a stint in quantitative finance, Hans currently directs the engineering team at Kinnek, a B2B marketplace startup. He joined Camerata Notturna for their second-ever concert in March 2007 and has since enjoyed fifteen unforgettable and eventful seasons with the ensemble, highlights of which include winning WQXR's Classical Moonlighters Competition with a viola nonet led by fellow Camerata Notturna violist Chris Cho. Hans continues to be an avid chamber musician, having participated in The Mannes Beethoven Institute and regularly performing with his string quartet of Camerata Notturna colleagues, called Beese y Boys.